LISTE Art Fair in Basel is pleased to announce the selection of former gallerist Joanna Kamm as the new director of LISTE Art Fair Basel.

Prologue
Peter Bläuer, one of the co-founders of LISTE Art Fair Basel in 1996, headed LISTE for 23 years and built it into the world´s most respected international promotional and discoverer fair for emerging art. He is now stepping down, entering retirement and is transferring ownership of LISTE to a non-profit foundation.

The Future
At the behest of the foundation, the newly selected director, Joanna Kamm, will continue the work of ensuring continuity, quality and the further development of LISTE. Moreover, she will strengthen the fair´s Basel location and will develop new promotional models for young galleries and artists. The fair will continue to be non-profit-oriented and employ strict quality standards while providing new international galleries and their young artists the opportunity to enjoy a multi-year presence at reasonable conditions. In that way the fair will continue as an internationally important platform for artists, art lovers, museums and collectors and will remain at its unique site, Werkraum Warteck pp.
We are also very pleased that the fair´s long-standing main partners, E. Gutzwiler & Cie, Banquier Basel, which has generously supported LISTE since 1997, and Helvetia Insurance, with the awarding of its art prize, will continue to be an integral part of LISTE.

The New Director
Born in Munich in 1968, Joanna Kamm moved in 1989 to Berlin, where she has been living until now. She studied (among other things) philosophy and cultural sciences in Munich and Berlin from 1988 – 1994. From 1998 – 2001, she managed the project space for contemporary art S.S.K., Berlin. In 2001, she founded Galerie Kamm, which she ran until 2014. From 2001 – 2003, she presented her young gallery program at LISTE and from 2005 – 2013, her gallery was represented at Statements, Features and Galleries at Art Basel. During her time as a gallerist, she was part of the committee of Art Basel Miami Beach and was a co-partner of abc – art berlin contemporary and of Gallery Weekend Berlin. In 2001, she launched Rosa, a non-commercial discourse platform within the gallery. In 2014, she closed her gallery and over the past few years has worked on a variety of cultural projects in the areas of communication, conceptual design and texts. From 2017 to 2018, she was co-curator of "Stop Making Sense, it´s as good as it gets" at BNKR Munich: a series of events at the interface of art, architecture, literature and theory.
Joanna Kamm will take over as director of LISTE Art Fair beginning on September 1, 2018, at 50% and beginning on October 1, 2018, at 100%. 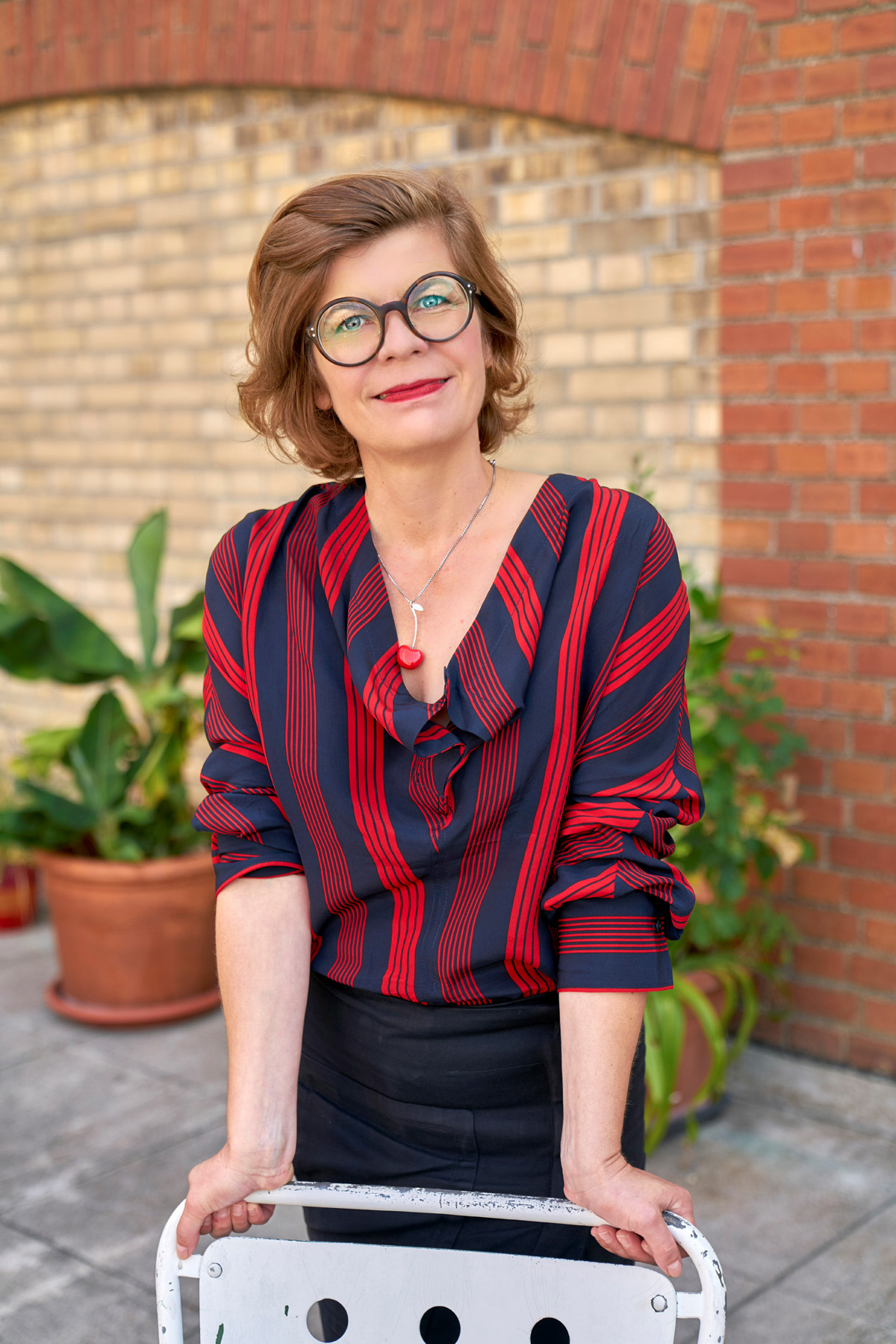 The Selection Process
With Urs Gloor at its helm, the selection committee was composed of four members of the Stiftung zur Förderung aktueller Kunst Basel (Foundation for the Promotion of Contemporary Art), the new owner of LISTE, and two external experts. Representing the foundation were Urs Gloor, attorney and banker in Basel and president of the foundation; Claudia Müller, artist in Basel; Hedy Graber, head of Direktion Kultur und Soziales Migros-Genossenschafts-Bund in Zurich (Directorate of Cultural and Social Affairs of the Federation of Migros Cooperatives); Peter Bläuer, retiring director of LISTE Art Fair in Basel. The external members of the selection committee were Bettina Steinbrügge, Director of Kunstverein in Hamburg, and Nikolaus Oberhuber, KOW Berlin (former gallerist at LISTE).
In response to the job positing, we received approximately 50 applications from candidates from German-speaking countries. After examination of those dossiers, 10 candidates were invited to a first round of interviews and a second round of interviews was conducted with a select number of those candidates. All interviewees were asked to outline their professional development and career trajectory, provide an analysis of LISTE and to formulate their ideas regarding leading and managing LISTE in the future as well as the continued development of the fair.

The Selection Criteria
The criteria we employed, which were critical for the selection of a new director for LISTE Art Fair Basel, can be summarized as follows: strongly independent and highly engaged individual; deep knowledge of contemporary art; experienced in and conversant with the art market and the needs of galleries; international network; a sense for new developments and trends; the courage to consider and embrace the unconventional; business knowledge and experience; experience in fundraising; strong organizational skills; leadership experience and strong interpersonal skills.

The Selection of Joanna Kamm
After extensive discussions and evaluation, Joanna Kamm was unanimously nominated for the position by the foundation´s selection committee. With her knowledge, experience and her strong but congenial personality, Joanna Kamm showed herself to be the ideal candidate for this job: She is clearly able to communicate with a highly diverse population and be taken seriously. She nurtures close relationships to artists, museum people, collectors, people involved in politics, economics and society, has excellent knowledge of and connections to related regions and has a strong international network. Ms. Kamm understands and is highly familiar with the position and role of LISTE in the international art-fair landscape. It is very important to her to carry on the work of developing LISTE to which Peter Bläuer dedicated so many years and to maintain the very special "spirit" of LISTE. Included in that work are the development of promotional models and a willingness to fully immerse herself in the promotion and discovery of galleries with their artists.

Statements
Urs Gloor (President of the Stiftung zur Förderung aktueller Kunst Basel) "We are very lucky to have found an individual who can draw on such a strong feeling for art and such dedication to lead Peter Bläuer´s legacy into the future. Her personal experiences provides her deep familiarity with the needs of young galleries and collectors. As long as those individuals feel confident with what LISTE has to offer, this fair will remain successful. LISTE´s director must continue to recognize new trends in art early on in order to remain attractive."

Peter Bläuer: „I am more than happy about and confident in our selection of Joanna Kamm. She knows exactly what LISTE is all about. I´ve known Joanna for a long time, I know how she thinks, understand how she acts and highly value her independence and strength. She is simply an "awesome" and strong women, sensitive and considerate. But she is also not afraid to act, even in situations that involve possibly unpopular but necessary action. I also value her curiosity, her passion and her ability to commit deeply to things that she believes in. As LISTE´s "father", it is now easier to let go of my "child" and to entrust and pass on that child to Joanna Kamm. I wish her much joy and a rich and fulfilling time in her new position!"

Joanna Kamm: „It is a great honor for me to serve as the new director of LISTE. LISTE was my first fair as a gallerist and opened the door to the international art world for me. Since then, I have been deeply connected to the fair and to Peter Bläuer, who has always been and will always remain an inspiration to me in our discussions and conversations. I can scarcely imagine a more compelling or fulfilling pursuit than maintaining the uniqueness and specialness of LISTE as a supporter of emerging art and enhancing it with new features and ideas. I am very much looking forward to Basel, my new team and an intensive exchange with gallerists, artists, collectors, curators and all of those interested in art."