The Leopold Bloom Art Award was handed out for the fifth time in Hungary. Established by Irish art collectors Mr. and Mrs. Ward, the award is meant to foster the international presence of Hungarian artists, with the aim of stimulating awareness and acknowledgement of Hungarian art within the international scene. In 2019, the winner of the EUR 10,000 award is Sári Ember. 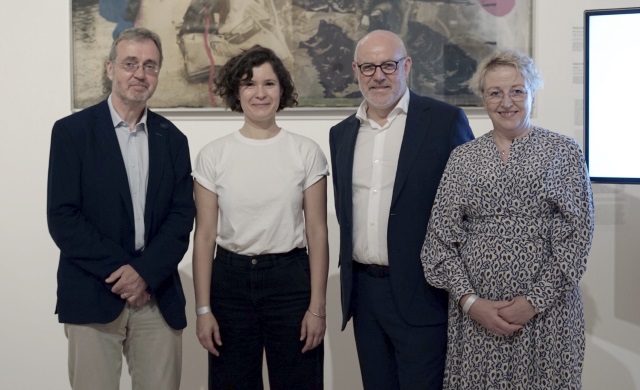 Awarded every two years since 2011, the mission of the Leopold Bloom Art Award, established by art collectors Mary McLoughlin and John Ward, owners of the Maurice Ward logistics and art handling company, is to foster the international career development of Hungarian artists. The winner of the ten-thousand-Euro accolade was announced on the 15th of June, the night before Bloomsday, the international commemoration of James Joyce. Out of the almost fifty applications submitted to the open call, a jury composed of three international art professionals selected six finalists and eventually the winner, Sári Ember. John Ward, founder of the award, pointed out: ‘Ever since its establishment, we attach great significance to the independence of the award, guaranteed by an international jury, who give valuable and constructive feedback to the Hungarian artists about their work. We believe that the award facilitates the development of closer ties between Hungary and Western Europe in terms of art.’

Prior to handing out the award, the jury – Paul O’Neill (artistic director of PUBLICS, a curatorial agency, dedicated library and event space in Helsinki, one of the most important research-oriented curators), Gabriela Kotiková (head curator of the Jelení Gallery and also works at the Center for Contemporary Arts Prague) and Noor Mertens (head of Kunstverein Langenhagen in Germany) – visited each nominated artist at their studio in order to get a more comprehensive insight into their work. In his speech, the head of the jury emphasised that Sári Ember’s work addresses such key issues as otherness, modernism, formalism, our relation to our body, or ethnic and racial differences – all of this with reference to ethnography and anthropology. 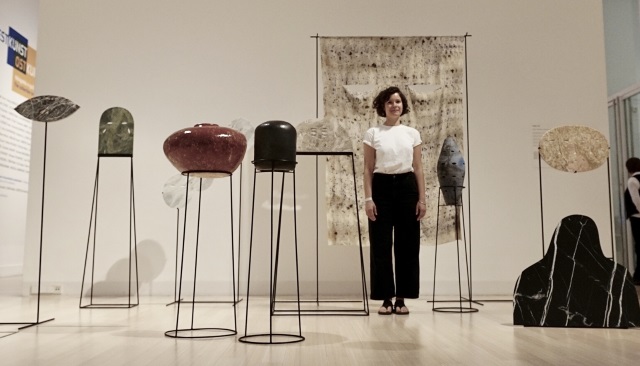 Born in São Paulo, Sári Ember (1985) started her career as a photographer, and in recent years she has evolved into one of the most travelled and exhibited Hungarian artists. Last year, her installation won the Campari Art Prize for young artists at the Artissima International Fair of Contemporary Art in Turin. Also last year, she won the Klára Herczeg Junior Prize. She creates delicately sensitive and strongly site-reflexive groups of objects using the most diverse materials from paper to marble. The central theme of her art is the representation of the human head, in the intersection of archaeological interest and personal storytelling. Sári Ember will use the 10-thousand-Euro award to cover the expenses of an exhibition at the Karlin Studios in Prague.

The works of the Leopold Bloom Art Award’s six finalists – Zsolt Asztalos, Sári Ember, Krisztina Erdei, Áron Kútvölgyi-Szabó, Zsolt Molnár és Kata Tranker – are on view within the spaces of the exhibition Westkunst-Ostkunst – The collection on display at the Ludwig Museum – Museum of Contemporary Art between 16 June and 25 August 2019.