The weather is quiet, cool and soft

The weather is quiet, cool and soft shows works from different phases in the career of the Belgium artist Guy Mees (1935–2003) to shed light on his intuitive and conceptual approach. On view at Kunsthalle Wien from the end of January.


The selected works range from early lace pieces generically titled Lost Space to the films and the photographs of the Portraits series (Level differences), never before shown structuralist works from the 1970s, pastel on paper series from the mid-seventies, the Lost Space paper cut-outs from the 1980s and and his last works with watercolors on tracing paper from the 2000s. Together, they allow a study of Mees’ practice and his ideas of mutability, fragility, porosity and the expansion of pictorial space into social space. The title of the exhibition (taken from a note by the artist) is a reference to the atmospheric impermanence in Mees’ work and his relativist poetical approach.
As a member of the “New Flemish School” in touch with an international network of artists affiliated with the neo-avant-garde from Europe, Japan, and North and South America (Spazialismo, Zero, Nul, G.R.A.V, Azimuth, and Gutai, to name but a few) – which shared, among other things, a common interest in light, serial structures, movement, and monochromy – Guy Mees quickly gained recognition among the transnational avant-garde from the early 1960s onwards.
However, his non-authoritarian attitude and conceptual approach to deconstruct any form of classification soon led him to take an alternative path where the liberation of systems, structures and media in order to create freedom and openness became both idiosyncratic and tangible.

The films and photo series Portraits (Level differences) with groups of three people spontaneously placed on different levels of three moveable concrete blocks are reminiscent of amateur works. Apart from the six possible positions (1.2.3, 1.3.2, 2.1.3, 2.3.1, 3.1.2, 3.2.1), the series can vary ad infinitum, thus demonstrating the changing nature of a phenomenon and the arbitrary nature of the norm. The subsequent works on paper 1,2,3 use photos from contact sheets and place them according to a grid, like a sensitive mathematician’s notes. Apart from the absurdity of the mechanistic endeavours, these films and photos depicting friends and family provide a fascinating portrait of the Belgian avant-garde gravitating around the MTL (Fernand Spillemaeckers) and X-One (Marc Poirier dit Caulier) galleries, in addition to international views such as the 1974 series portraying Nicholas Serota at The Museum of Modern Art in Oxford.
The principle of six positions brought Mees to a new formal exploration of combinations according to a chromatic chart that features lines in six different colors drawn by hand on thin paper (i.e. newsprint), which he then organised in columns and grouped in multiples of three. While the overall composition, its automatic nature and repetition of pattern and gesture belong to a mechanical process close to the printing press, the sheets’ character distances from these initial references as we move toward a random reading. Slowly the lines begin to reveal a sparse universe of marks of color on thin paper whose design at times almost mirrors the wall and pierces its interior, thus opening the way for the paper cut-outs Lost Space and later for the Imaginary Ballet.
The Lost Space works emphasize the notion of a deconstructed frame because here the space of the image itself is ruptured and reveals the inbetweenness of gaps and remainders. The white faux monochromes made from industrial lace of the early 1960s mix minimalist forms with sensual if not erotic textures, exposing a diffuse interior space. The more volatile shapes of cut-outs pinned to the wall from the 1980s, whose fragmentary colors sculpt the density and voids of architecture and transform the space into an image. Whether pieces from either period the Lost Space recall the starting point and culmination of conceptual and poetic reasoning in the work of Guy Mees. They are “filled with that of which it is its outcome, filled with its loss.” (Dirk Pültau).
Apart from being Guy Mees’ first exhibition in Austria, and one of the few international ones so far, it will also be the first time that precious archival materials from his estate will be presented. This will provide further insight into the mind of an artist who, during his entire lifetime, rejected any analytical discussion about his work in favour of its perceptive experience. 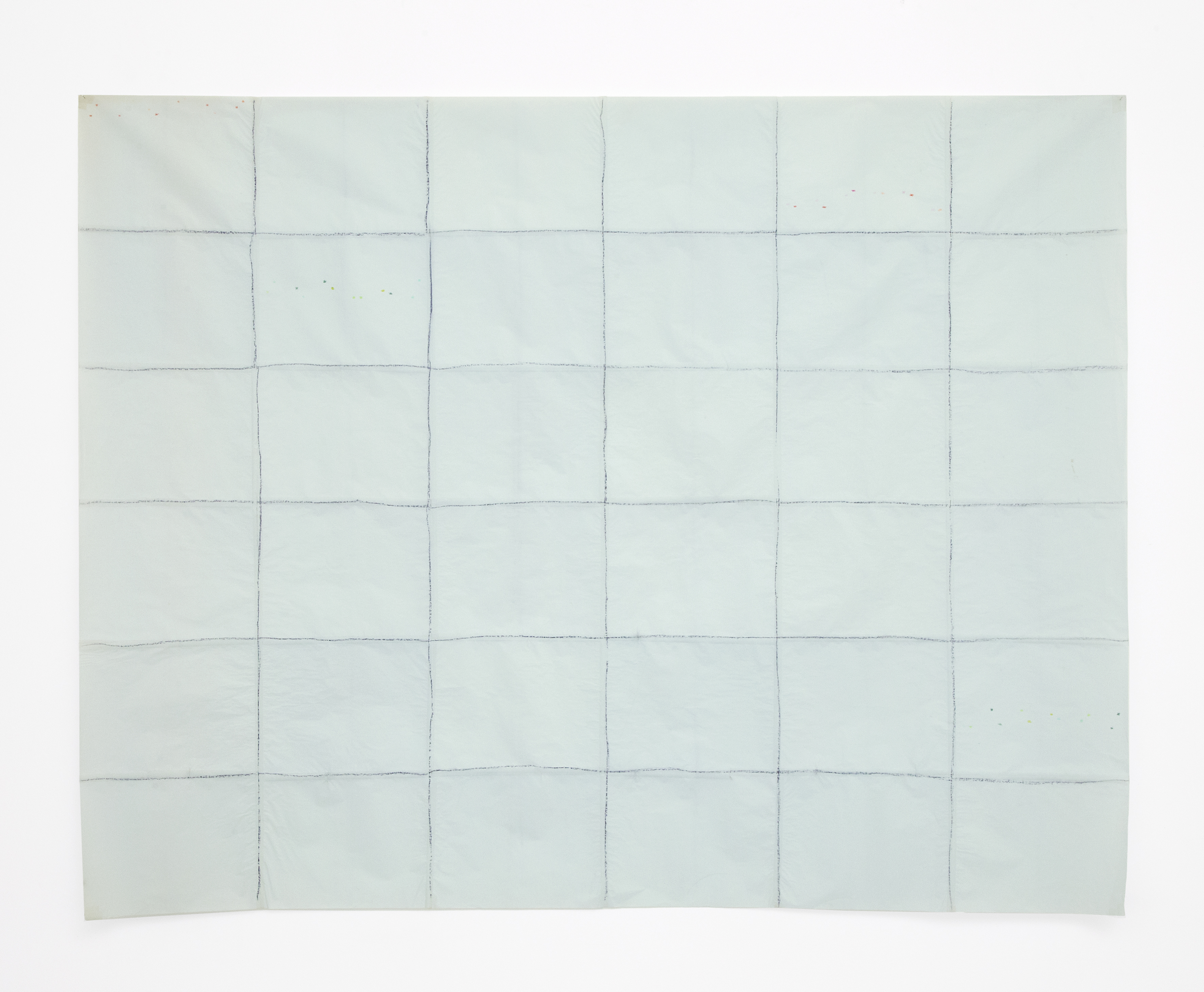 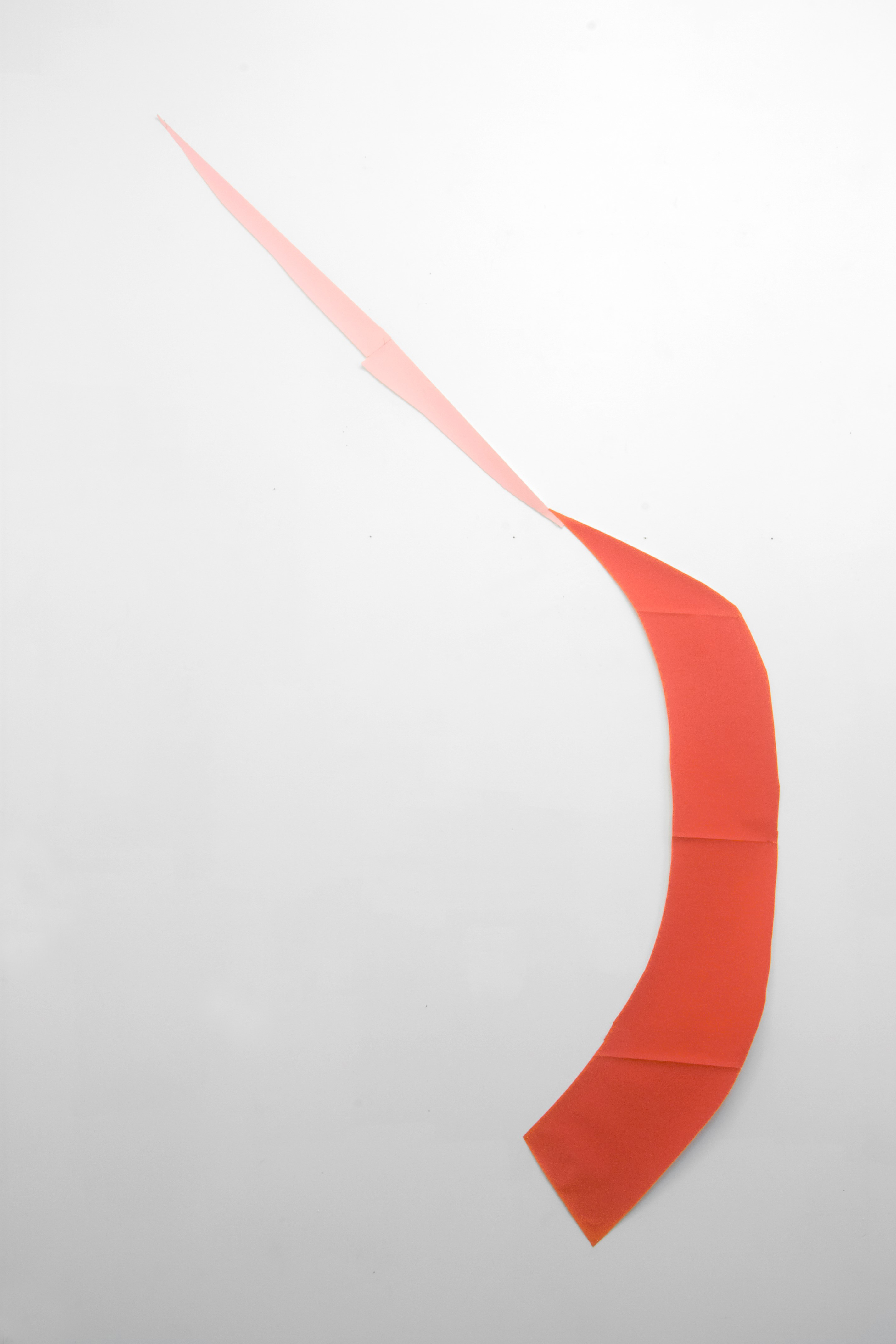